Paul Siltman was born in Forest City, Illinois on October 6, 1925. During World War II, he served in the United Stated Air Force. He came to Quincy in 1954 and joined the fire department here the following year.

Shortly after noon on Wednesday, March 25, 1970, a fire was reported at a residence at 524 Payson Avenue. The fire had gutted three upstairs bedrooms and spread to two downstairs rooms. The crews on the scene worked hard to fight the fire and successfully extinguished the flames. They then began overhauling the building, looking for hidden fire that might rekindle. While chopping a hole in the floor of a burned out room, Firefighter Siltman collapsed. He was rushed to Blessing Hospital but attempts to revive him were unsuccessful.

Paul Siltman had been a member of the fire department for almost 15 years and was the engineer of Pumper #5 at 12thand Jackson. He was 44 years old and was survived by his wife Juanita; two sons, Paul and Ronald; and two daughters, Anita and Yvonne. 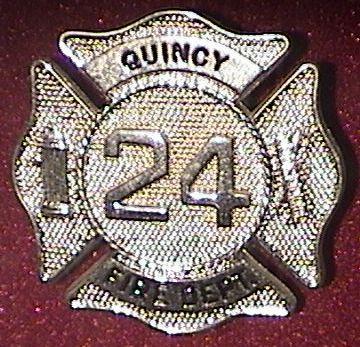