COVID-19 Closure of the City Buildings

Based on the advice of the Adams County Health Department, all City Buildings will be closing to the public until further notice.

Please click here to view the guidelines for outdoor food and beverage service. 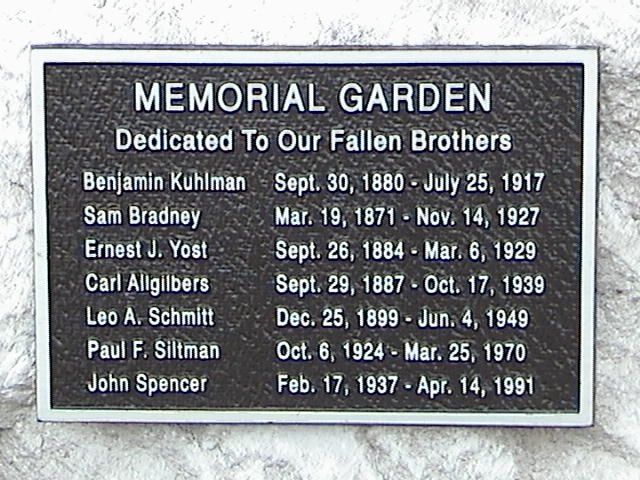 Those who are familiar with the Quincy Fire Department know that Central Fire Station at 9th and Vermont is the oldest Engine House still in use by the department today. Built in 1924, it even now has much of its original character.

What was it like to be a firefighter back then? What went through the minds of those who worked here long ago? We firefighters today can only imagine that it must have been so much more difficult given the equipment of their time.

While yesterday’s firefighters blindly searched through the thick smoke of a house fire for those who might have been trapped, today we are aided with thermal imaging devices, also called Rescue Cams, which can detect a person on the other side of a smoke-filled room. While they choked on the toxic gases and suffocating smoke produced by a fire, we now wear self-contained breathing apparatuses.

There is no doubt that technology has made firefighters today more efficient in their jobs, but the dangers we face still exist. Since the discovery of fire, people have learned of the dangers associated with it. Those who have chosen to protect lives and preserve property by battling fire are aware of the risks involved to themselves and their fellow firefighters. All who choose this mission give themselves freely to those whom they serve.

Here we honor the eight brave souls of the Quincy Fire Department who have given their lives so unselfishly: Perry Hunsaker, Bernard H. Kuhlman, Samuel Bradney, Ernest Jesse Yost, Carl Altgilbers, Leo A. Schmitt, Paul Franklin Siltman, and John Spencer. We remember them now so that they may never be forgotten.


These eight brave souls dedicated themselves to protecting lives and preserving property. In the discharge of this duty, they made the ultimate sacrifice.